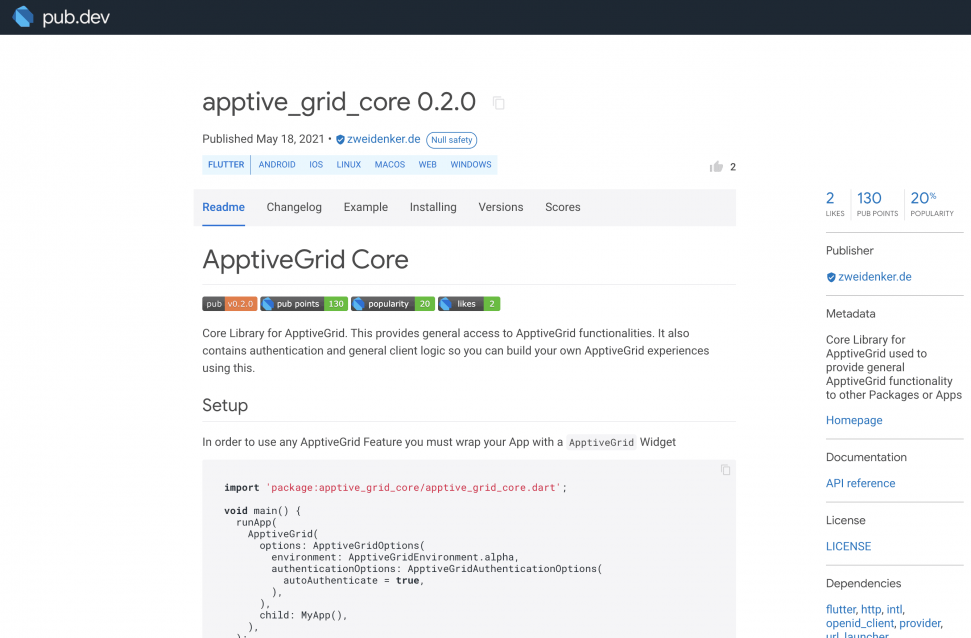 Flutter has proven itself as cross-platform technology within ZWEIDENKER. We use the framework for current projects both internally and in customer projects. To make all team members more familiar with Flutter, we held our second Flutter Day at ZWEIDENKER at the end of April.

The focus of our internal workshop was on the following topics:

For some of us the framework is still relatively new in our ZWEIDENKER “toolbox”. As a result, the participants’ level of flutter was very broad. Based on the previous Flutter experiences, we divided the groups so that the general level of the groups was as balanced as possible. In addition, I switched between the groups in order to clarify any questions / problems / best practices as quickly as possible. These constellations turned out to be very functional, so that all participants were able to make good progress.

Both due to the many Flutter plugins from Google and especially to the great community, Flutter has emerged as the cross-platform framework of our choice. When considering a package, it is worth thinking about the following questions:

1. Does it solve my problem?
A look at the README of the respective package and the rest of the documentation helps.

2. What is the overall quality of the package?
The following can serve as a guide:

We also developed our internal project ApptiveGrid with Flutter, for which we wrote a number of Flutter-specific packages. The Flutter Day was the first time we tested the ApptiveGrid Flutter Packages. We wanted to see which functionalities have been implemented so far, whether the documentation is clear and if any functionality is still missing.

All in all, we are very happy with the current status and did not have any problems with its use. A few functions are already on our list, which we will hopefully try out on the next Flutter Day.

Our ApptiveGrid Flutter packages can be found on pub.dev. We appreciate any feedback.

The first group added a detail view to the Example of ApptiveGridGridBuilder Packages.

The aim here was to display data from an ApptiveGrid as a marker on a map. In our KVV Homezone project we were already able to gain experience with the use of Google Maps and Flutter. In this project we combined it with ApptiveGrid.

A special focus of this group was therefore on the integration of the google_maps_flutter package. This is a good example of good setup documentation, as this package requires platform-specific setup steps.

Our second Flutter Day was very successful. Almost all developers at ZWEIDENKER were able to gain initial experience with Flutter, which will have a great impact on current and future Flutter projects.

At the same time, we noticed that Flutter and ApptiveGrid already complement each other perfectly. The two examples that we developed as part of the Flutter Day showed us that we can also map complex use cases quickly and easily in a new app by combining ApptiveGrid and Flutter.