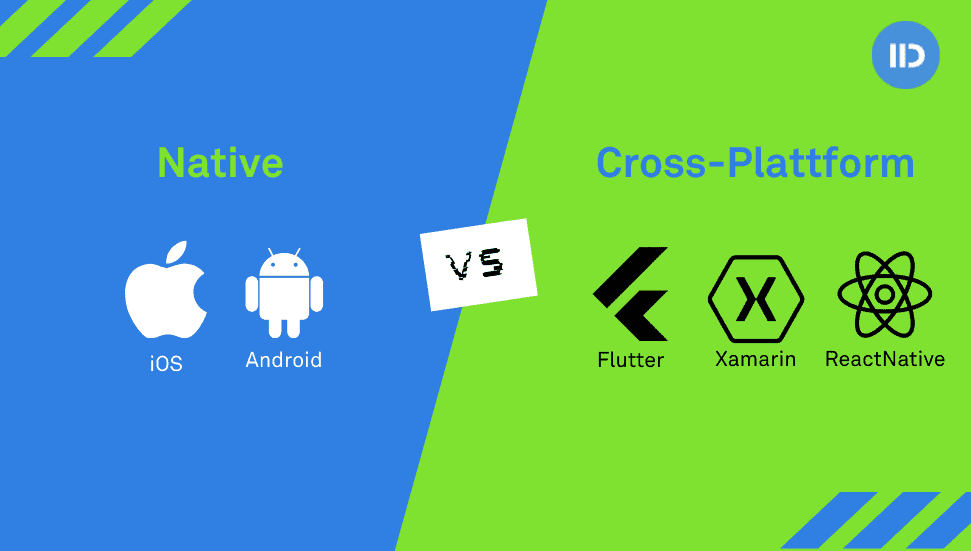 More and more companies are interested in transferring their products even further into the digital market. The way to the mobile app is very obvious. Very early on in the requirements analysis process we ask our customers the magical question: native or cross-platform? But how do these two approaches differ and what are their advantages and disadvantages?

When deciding whether to aim for a development between native or cross-platform, the application, the selected features and the desired performance are particularly relevant.

Native developments (i.e. developments in the respective house language of the platform to be addressed) are still the quality choice. Especially when an almost perfect user experience and high performance are the be-all and end-all for your app, native development offers the ideal prerequisites. Native apps make optimal use of the system’s resources. This results in high-performance apps that are efficient and responsive. Native apps also score points in terms of robustness compared to the cross-platform alternative. Provided their development went flawlessly, native apps are far more protected from crashes.

In addition to these relevant advantages, native apps also stand out in terms of operation and UX design. Native apps provide a recognizable look and feel, which Android and iOS users are used to. When a user performs some functions, he quickly understands the natural flow of the application because it is similar to apps already on the device.

The biggest advantages of native apps:

For this reason cross-platform apps emerged, which reduce development to one language. With their help, it is possible to use a single app for both platforms and often also as a web app. This saves time and money, especially in development. Cross-platform apps fill the gap when the final percentages for a flawless app do not have to be reached. They are the fair compromise between quality and effort.

The biggest advantages of cross-platform apps:

Cross-platform languages ​​are community-driven and therefore the available plug-ins depend on the enthusiasm of the community. When the operating system is updated, this can lead to delays in the plug-ins used and their updates. A cross-platform app can be the solution, especially if several birds are to be killed with one stone, and a web application is also planned in addition to the app.

Despite the cost-effective development phase, you still have to look twice when planning. You see pitfalls lurking around the corner, usually only during the development of the app.

At the end of the day, it depends on the particular application. Both approaches are justified and no general statement can be made about the better approach.

Do you have any further questions on this topic or are you perhaps just about to decide which is the right path for you? Our article on Kotlin Multiplatform Mobile may be of interest to you as an alternative solution!

Contact us! We are happy to hear from you: anfrage@zweidenker.de